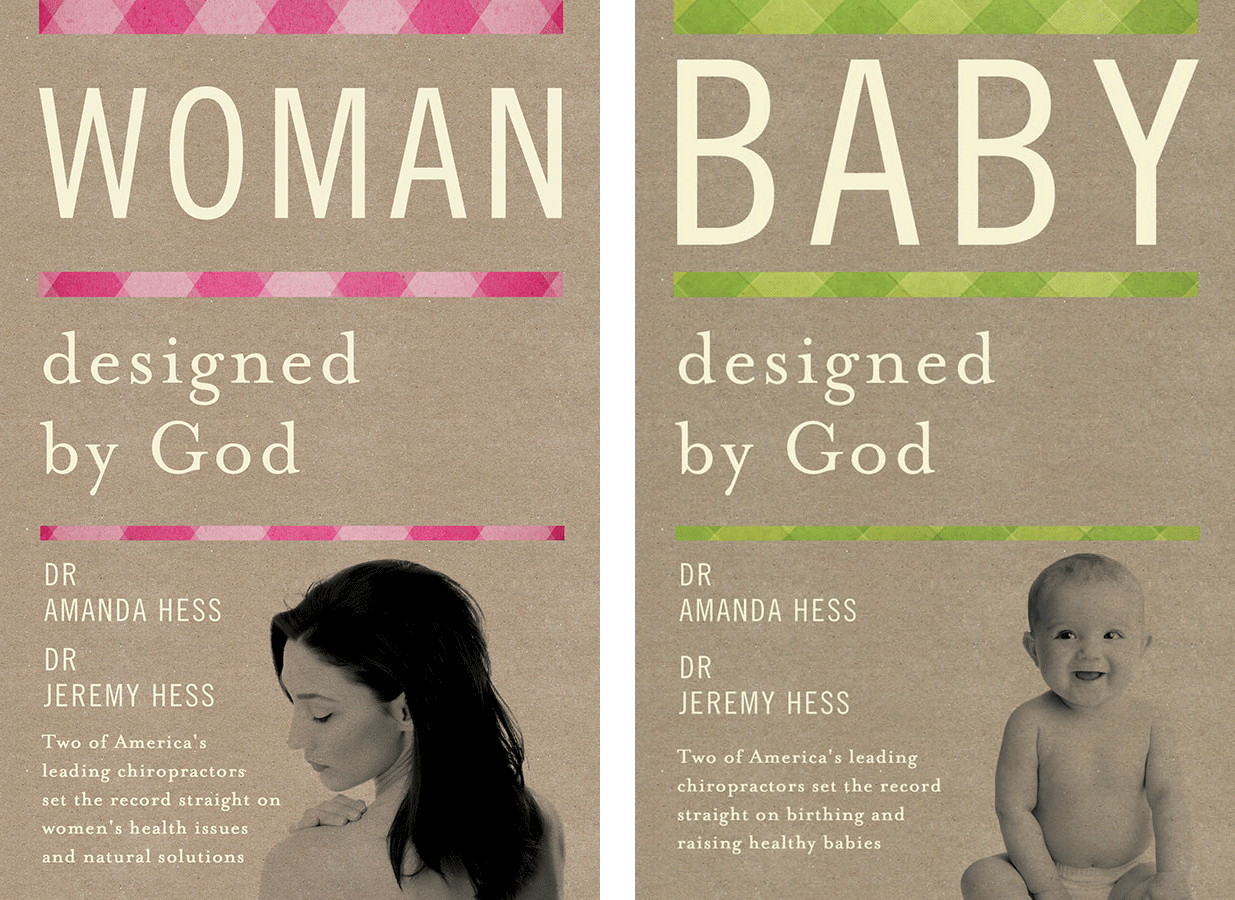 The “Designed by God” Book Series will help you discover the innate potential that God put in each of our bodies to be healthy. The “Designed by God” Series is about reaching a society that has lost its true direction about health, where health comes from and a concern for an enormous void within the public at large surrounding information and knowledge on natural, alternative and non-medical options.
Purchase Books

Drs. Jeremy and Amanda Hess created the “Designed by God” series to help you discover the innate potential God put in each of our bodies to be healthy. They have developed this website to give readers access to life changing health resources, critical health topics and a way to have a deeper discussion on many health issues affecting you and your family. 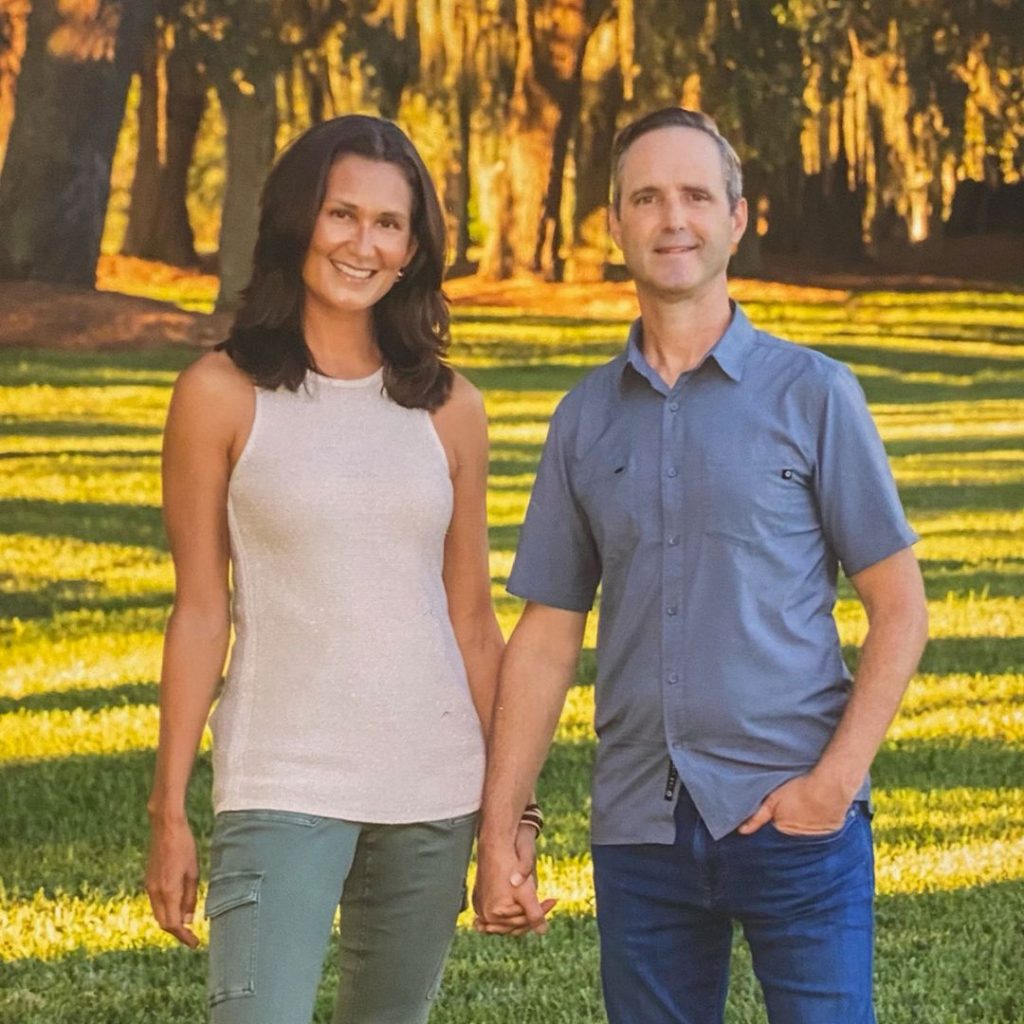 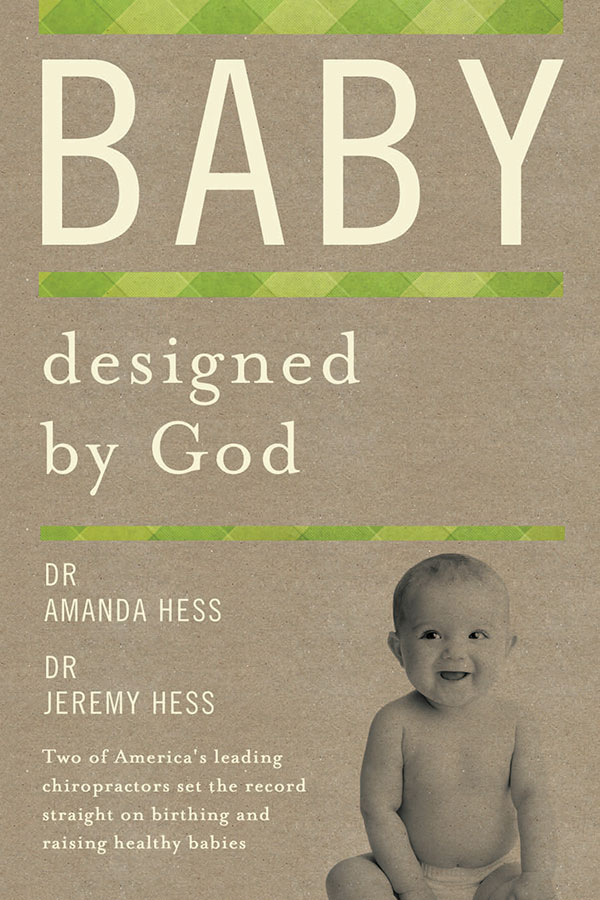 Baby designed by God is a book that will empower and enlighten mothers and fathers from all backgrounds and belief systems that our bodies were wonderfully and magnificently made and have the ability to heal and be whole from the inside-out. Through revealing and dramatic birth stories that will be intertwined throughout the book, including both of Dr. Amanda’s homebirths, it will increase the reader’s knowledge, perspective and faith on the subject of hospital and home birthing options. 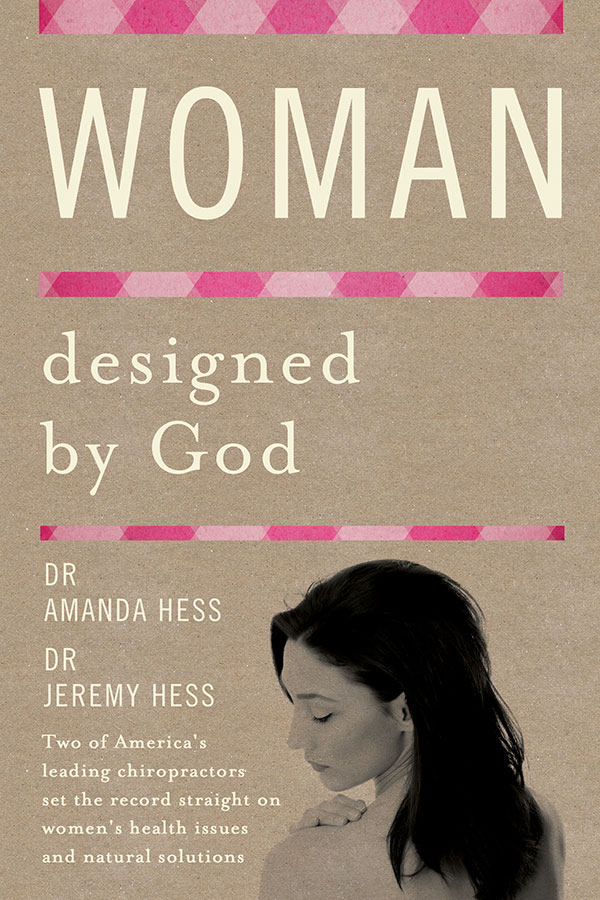 Book 2 of a series of books by Drs. Jeremy and Amanda Hess, Woman Designed by God focuses on setting the record straight on women’s health issues and the many natural solutions that are available to you. Woman Designed by God was written to give every woman a chance to live a natural, holistic life based on God’s design and what He has offered every woman.

Praise for the “Designed by God” Series

{
Baby Designed by God – I personally know of no other individuals who understand the idea that the human body is a temple of the Holy Spirit better than Drs. Jeremy and Amada Hess.

{
In Woman Designed by God, Drs. Jeremy and Amanda Hess brilliantly combine biblical principles with practical solutions for improving your health and the health of the entire family.

a designed by god story

During lunchtime on the Friday before I gave birth, I began to have what I thought were Braxton-Hicks contractions (because of multiple false alarms). The contractions continued throughout the day, but they weren’t that bad and I was not experiencing tightening in my abdomen, so I did not think that they were real contractions. This continued throughout the evening. I carried on about my night, making dinner, vacuuming the house, etc., only pausing when the contractions would hit. Around 11:30 pm while in the shower (to ease the gradually increasing pain), I began to have hot flashes.
Purchase Books

a designed by god story

One day in my sixth grade English class my teacher, Mr. Likins gave the class an assignment. We had to choose a poem from the poetry book, memorize it and recite it in front of the class the following week. I chose the poem, “The Road Not Taken,” by Robert Frost. The poem is about a person who sees two roads in the woods, both equally traveled, but cannot decide what road to take. Both roads look the same and one would like to travel both. The person sighs with regret, that he or she may never have a chance to travel down that other road. At the end of the poem, the person takes the road less traveled by and it has made all the difference.

The same is true when choosing a birthing road. There are two roads: The Natural Birth Road and the Medicated Birth Road and every woman that becomes pregnant, chooses one of these roads. When I became pregnant with my first born, Ethan, I chose the Medicated road. This was the popular choice. Everyone I knew was induced with Pitocin and was given an epidural. My mom was the only person I knew who had natural births. She would tell me stories of how she had very little pain, only pressure after her water had broke. She easily and naturally gave birth to me, my sister and my brother. She encouraged me to have Ethan naturally, that it was the best for both of us. I remember telling her that I didn’t want to feel anything.

Welcome to WordPress. This is your first post. Edit or delete it, then start writing!

Natural Family Planning… What Is That?

I’m going to take a moment to share with you my experience of natural family planning, but before I do, let me give you some background information on what it actually is. According to the American Pregnancy Association, Fertility awareness (aka Natural Family...

“I can’t be addicted to it, my doctor prescribed it.” Those are some of the last words I would hear my grandfather, a Vietnam veteran and retired Sheriff’s deputy, say to my father. He died less than a year later of a prescription drug overdose. Sadly, most...